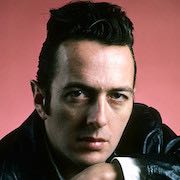 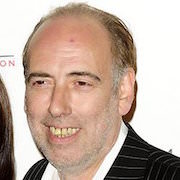 The 101ers
British pub rock band, best known as the band Joe Strummer was in before The Clash
3 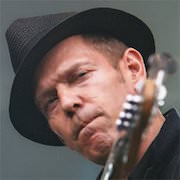 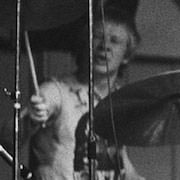 The Mescaleros were the British backing band for Joe Strummer, formed in 1999, which went on to make three albums prior to Strummer's death in 2002.

Many of the band members were multi-instrumentalists. The original line up consisted of Strummer on vocals and guitar, Antony Genn on guitar, Scott Shields on bass, guitar and drums, Martin Slattery on keyboards and guitar, as well as flute and saxophone on select songs, Pablo Cook on various percussion instruments and Steve Barnard on drums, using his stage moniker "Smiley". Richard Flack was also employed to use effects and instruments.

The name "The Mescaleros" for my new group is something I just stole from a cowboy film I was watching one night. So, um, really, doesn't have any meaning to the direction. But we're moving in a kind of roots reggae, rock thing. I mean, more or less, as if time hadn't passed. But, we're trying to move it into the future as well. Definitely don't wanna stay in the past. Gotta get out of the past! It's a quagmire of treacle.

The Mescaleros rose out of Strummer's work with Pablo Cook and Richard Norris. The three of them originally came together to write the soundtracks for two short films, Tunnel of Love, and Question of Honour. The song "Yalla Yalla" was originally written by this trio, and mixed by Antony Genn. Once Genn was brought on board, a new song "Techno D-Day" was recorded, at which point Strummer, at the behest of Genn, began recording a new record.

The original drummer, Ged Lynch, left the band before recording on Rock Art & The X-Ray Style was complete and Smiley (Robbie Williams' former drummer) was brought in to finish recording. Shields and Slattery were recruited through a number of contacts with the band. Slattery had also appeared on Robbie Williams' Life Thru a Lens album, and Scott Shields was a friend of Slattery's. Oddly enough, in the initial lineup, only Smiley was playing the instrument which he knew best.

Genn reportedly did not have the ability to play sufficient lead guitar, hence Slattery was brought in. He, however, was trained in horns and keyboards and was a multi-instrumentalist. Strummer once joked that Slattery could play a hole in the windshield of the tour bus. Shields had previously been a drummer but was recruited to play bass, and later guitar.